The chances that you missed the media buzz about Tony’s Chocolonely earlier this week, are slim. The brand was dropped from a list of ethical brands, which soon alarmed international media, partners and consumers. Is Tony’s Chocolonely allowing modern slavery, in contrast to their mission? Was it all a hoax? First and foremost: a big NO to those two questions.

So why is Tony’s not included on this specific list? Well, this is the interesting part. The creator of the list - an organization called SlaveFreeChocolate.org - does not disagree with Tony’s way of working. They do however, disagree with Tony’s choice to work with Barry Callebaut, which has been recently accused of benefiting from child labour. Slave Free Chocolate’s reasoning is that, although Tony’s chocolate beans are directly sourced from its own corporations, they are still processed by Barry Callebaut, enabling Tony’s Chocolonely to sell their chocolate at a cheaper price.

Paul Schoenmakers, Head of Impact at Tony’s Chocolonely, had one clear response to all of this: “The chocolate industry is a deeply flawed system that we want to change from within. We go where the problems are in this industry so we can solve them. We deliberately work with Barry Callebaut to show it is possible to be fully traceable while working with a large processor. If we made our chocolate ourselves, big chocolate companies could disregard our 5 Sourcing Principles, believing it isn’t possible for them to adopt or use them at a larger scale.

It made Belgian newspaper De Standaard wonder: what is the sense and nonsense of all these ethical labels and quality marks? We set up a great chat between the economics journalist and Paul, resulting in a great, nuanced article in yesterday's newspaper. Read the full article below (in Dutch): 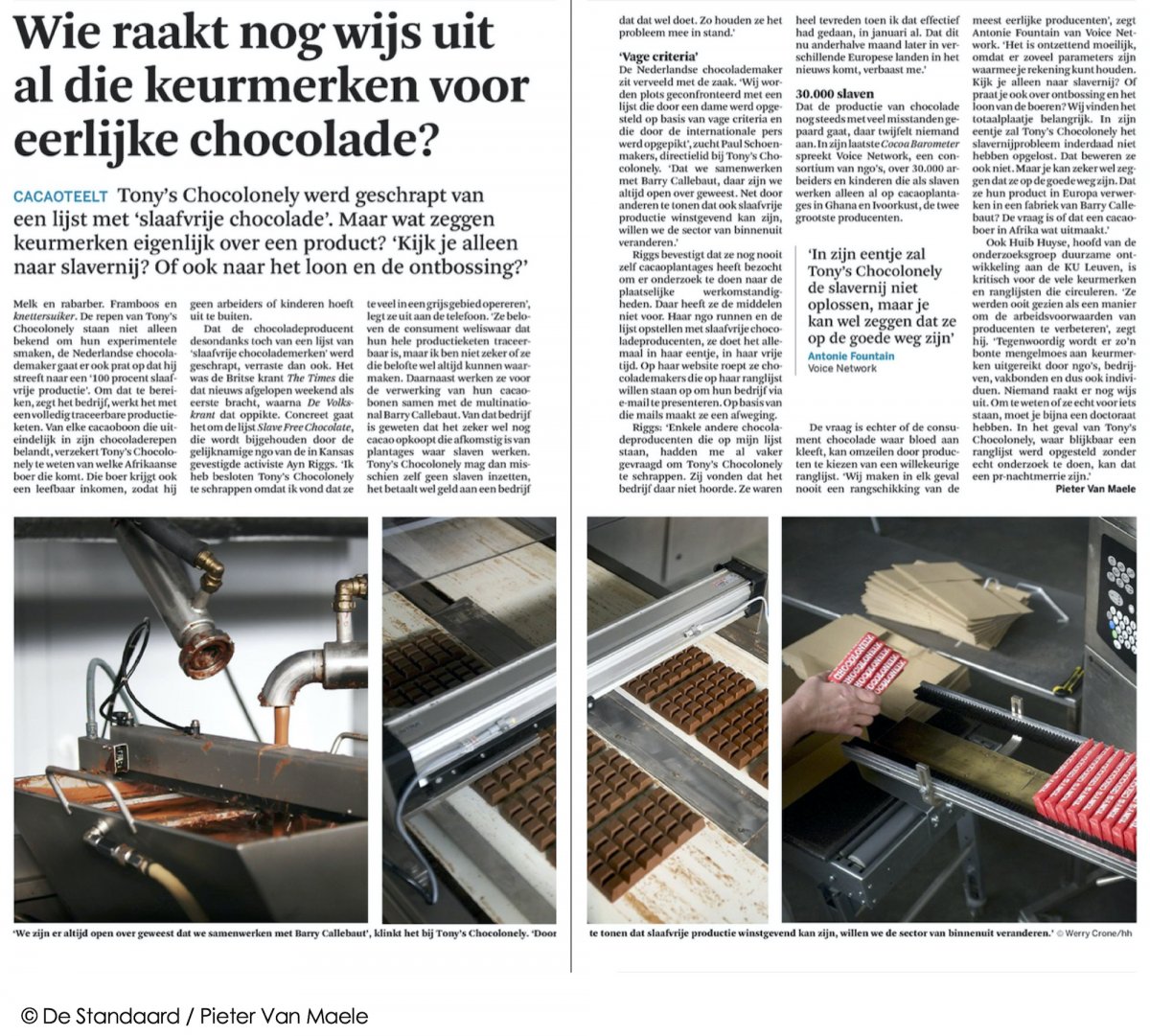